Resembling raccoons, the Red Panda, the scientific name of which is Ailurus fulgens, is much smaller in size than the black-and-white colored Giant Panda with which it shares its name. About the size of a domestic cat, although their bushy tails add another 46 cm, or 18 inches, the Red Panda is a gentle and shy animal, spending most of its time during the day asleep, with its ringed tail wrapped snugly around its head to fend off the chilly conditions of its mountain habitat.

As a matter of fact, the Red Panda is divided into two sub-species, of which the A.f. styani occurs in the southwestern region of China in Yunnan and Sichuan, and the A.f. fulgens, which is slightly smaller in size, and can be found in the Himalayan mountain range.

The Physical Features of the Red Panda

The Red Panda’s body is bear-like in shape, with a thick coat that is reddish-brown in color. Its snout and ears are white, and it also has white markings on top of its eyes and the sides of its face. Its tail is long and bushy with light brown rings along its length. The limbs and belly are black. Their wrist bone is modified, with a radial sesmoid bone, which is used like a thumb, which is an adaptation due to its bamboo diet. Weighing around 7-13 lb, or 3-6 kg, there is not much difference between females and males outwardly.

The Habitat of the Red Panda

The Red Panda’s habitat ranges from the temperate forests of the foothills of the Himalayas from the western parts of Nepal, to Bhutan, to India, to northern parts of Myanmar, to the mountainous regions of the southwestern parts of China, in the Xizang, Yunnan, and Sichuan provinces. The altitude they occur in ranges from 4,900 feet to 13,000 feet.

Their habitat therefore comprises a cool mountainous sub-alpine region wherein there is not much fluctuation of the temperature. Fed by seasonal monsoons, the mountainous slopes are made up of a mixture of trees and plants such as deciduous hardwoods, fir, and rhododendrons, with an understory made up largely of bamboo, which is the main diet of the Red Panda. Therefore, while the belt of its habitat stretches for thousands of miles, right from the northern regions of India right up to China, however, the belt is a narrow band, which is fragile ecologically.

The Red Panda’s habitat expands during the periods when it is moist and warm and contracts when it becomes dry and cool. Today, with increased urbanization and logging, their habitat seems to be just a remnant of the vast areas that it once used to be.

The Feeding Habits of the Red Panda

The Red Panda’s diet comprises mainly bamboo and this kind of specialization is found to be highly unusual amongst mammals. Apart from the Red Panda, it is only the Giant Panda, a small species of lemur that occurs in Madagascar, and two species of bamboo rats, one of which is found in Brazil and the other in China, are the only other animals that are obligate bamboo feeders.

Basically, the bamboo is a giant type of grass, which has tough leaves and woody stems. Since they comprise such high amounts of fiber that indigestible, the bamboo is not only difficult to eat, but is also hard to digest. Other herbivores like horses and cows, whose diet is made up of grass-like plants, have specialized teeth as well as special digestive systems in order for them to derive as much energy as possible from the food they consume. Although the Red Panda does have large sized teeth to masticate the bamboo leaves, it does not have any specialized digestive system. Scientists have found that the food that Red Panda eats is retained just for 6 hours, and it derives just 25 percent energy from its food. In fact, the animal often loses up to 15 percent of its weight on this kind of a diet.

Therefore, the Red Panda has devised a number of strategies in order to derive as well as conserve as much energy as possible. Scientists have discovered that the Red Panda spends almost 13 hours of its waking time foraging for and feeding on its favorite food, bamboo. Unlike the Giant Panda, which eats practically all parts of the bamboo, apart from the roots, and hardly chew, the Red Panda is very selective, choosing the most tender of the young shoots and leaves, which it chews thoroughly, in order to increase its digestibility.

When it is not feeding, the Red Panda spends most of its time sleeping, curled up tightly wrapped within its bushy tail. Which is another way of conserving energy, since it results in lowering its metabolic rate. In fact, during the cold weather, they can lower their metabolic rate even further. They are nocturnal animals, which means they are at their most active during the night, and sleep for most of the day.

Reproductive Habits of the Red Panda

The Red Panda is a solitary creature most of the time, coming together only to mate. The female gives birth to its cubs, usually numbering from 1 to 4, in the spring and also in the summer season. The cubs are weaned 12 months after their birth. Male Red Pandas do not get involved in rearing the cubs.

Red Pandas are an Endangered Species

The Red Panda has become rare now and their numbers are continuing to decline. This is largely due to their specialized habitat, with bamboo plants, being destroyed for agricultural use, logging, and wood used as fuel. Also, it is heavily poached to feed the fur and pet trades. In captivity, the Red Panda can live up to 14 years of age, although the average is around 8 to 10 years. 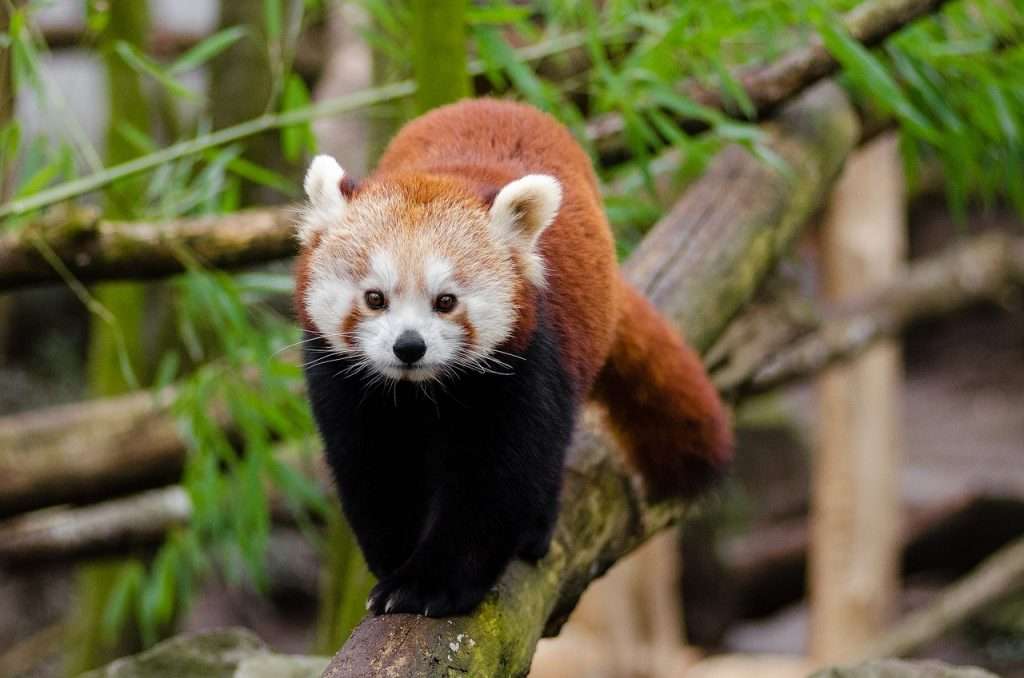 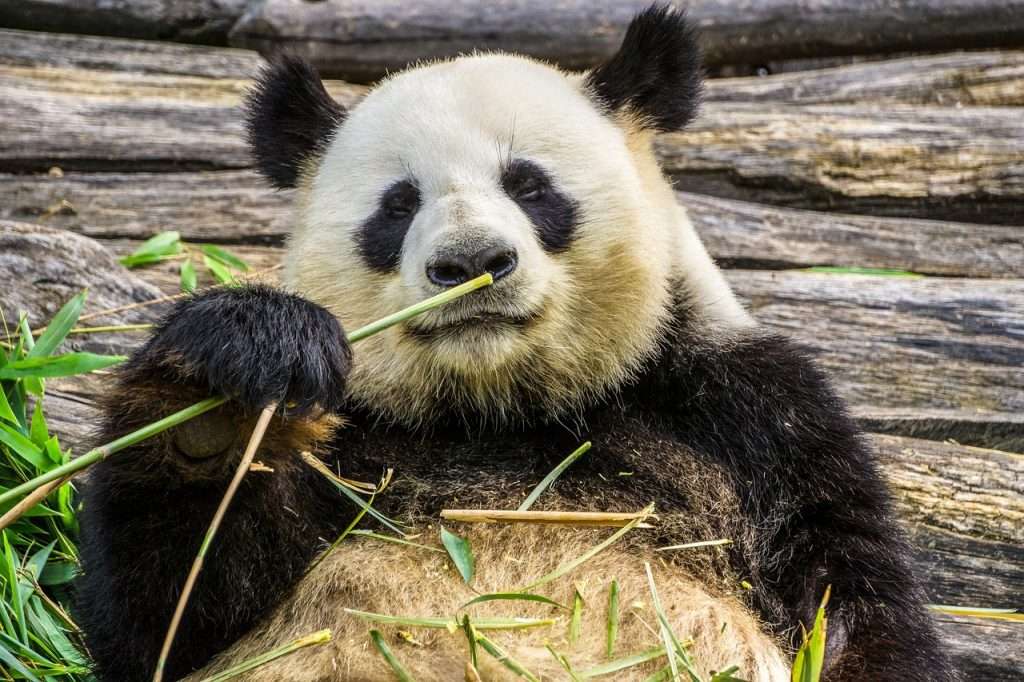